Message for the corporate site renewal

Art Front Gallery (headed by Fram Kitagawa) began as a project initiated in 1971 by students and graduates of Tokyo University of the Arts and was incorporated in 1982. Based at Hillside Terrace, Tokyo, we work through a variety of networks. Our activities range from selling artworks to organizing and curating exhibitions, coordinating art for residential, office, hotel, and public spaces (especially those created for urban redevelopment projects), promoting community and regional revitalization through art, and coordinating art festivals. The underlying objectives of these activities are to provide support for art that is both contemporary in spirit and points to the future and to promote art created from both a broad global perspective and in-depth social context.

We work with artists from all over the world. Some are world famous, others starting promising careers. Our first opportunity to expand our reach globally was the Faret Tachikawa Public Art Project in 1994, five years after the fall of the Berlin Wall. Associated with the redevelopment of a former US military base, this project embodied three concepts: (1) Town of Wonder and Discovery, (2) From Function to Fiction, and (3) Town as World. For this project, which transformed a “base town” into an “art town,” ninety-two artists from thirty-six countries created original works. Inspired by Joan Miro, who said, “All of my works are inspired by Antoni Gaudi. My memories of playing at the Park Guel as a child growing up in Barcelona are the source of my art,” we wanted to create a town equally memorable for its children.

During the quarter century since this project was finished, the Faret Tachikawa works have been maintained and carefully protected by the city of Tachikawa, building owners, and a volunteer group whose members clean the works and provide guided tours for visitors, who include many children.

We have since been involved in numerous redevelopment-through-art projects, and the Faret Tachikawa approach has influenced public art outside as well as inside Japan, in Taiwan and Shanghai, in the Shanghai Urban Space Art Season, for example.

Our experience in organizing exhibitions on the grass-roots level include Antoni Gaudi, which toured thirteen cities in Japan in 1978-1979, and Apartheid Non! International Art Festival ( the Art against Apartheid exhibition originally launched by UNESCO), which traveled to 194 sites throughout Japan and attracted 380,000 visitors in 1988-1990. This experience was put to use in the Echigo-Tsumari Art Triennale (ETAT), a pioneering effort in using art for regional revitalization.

ETAT is a rural art festival held every three years in the satoyama rural landscape of Echigo-Tsumari in Niigata Prefecture. Amidst the collapse of local communities caused by globalization and the global environmental crisis, ETAT has explored the potential of art as a catalyst for rejuvenation of a depopulated and aging countryside and been the model for similar art festivals, including the Setouchi Triennale, throughout the world.

Our ability to move and work freely is currently restricted by the COVID-19 pandemic. At this turning point for civilization, art will play an even more important role. We hope through our future work to contribute to realizing this vision. 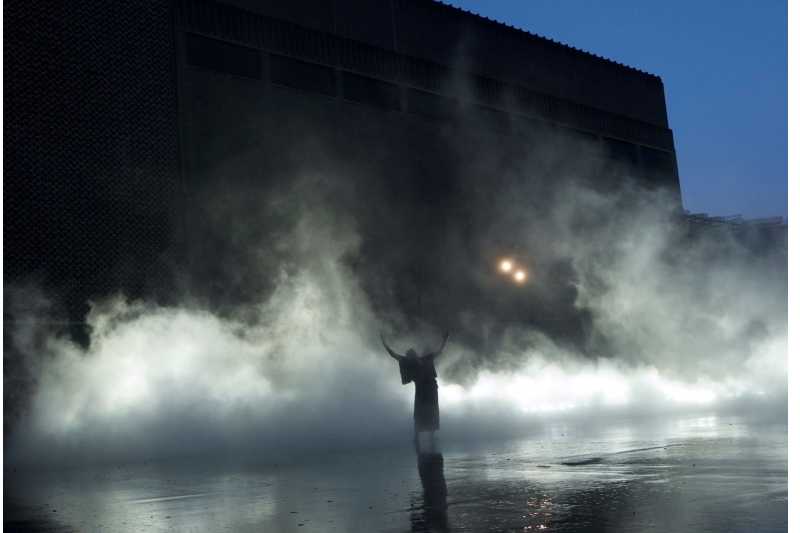