Born in Niigata Prefecture in 1946. Graduated from Tokyo University of the Arts (majored in Buddhist sculpture history).
In 1971, Fram Kitagawa formed a team called “Julia Pempel” with students and graduates of Tokyo University of the Arts to be involved in planning and producing various exhibitions, concerts, theatres and events. In 1982, he founded Art Front Gallery, Co., Ltd.

Kitagawa introduced to Japan works of art that at the time were not well known. He has been responsible for a wide range of art projects such as the Antoni Gaudi exhibition that traveled to 11 Japanese cities in 1978-1979 and the Apartheid Non! International Art Festival that was shown to 380,000 people at 194 venues throughout Japan in 1988-1990.
He has received high praise for his involvement in activities related to community development, such as his lead role in the planning of the Faret Tachikawa Art Project and the cultural activities he oversees at the Daikanyama Hillside Terrace. He has served as the general director of the Echigo-Tsumari Art Triennale since 2000, and has made a major contribution to the development of the region through art. He has also served as the general director of the Setouchi Triennale, the Boso Satoyama Art Festival: Ichihara Art x Mix, Northern Alps Art Festival as well as the Oku-Noto Triennale.
He is the recipient of many awards, including the Ordre des Arts et des Lettres from the French Republic, the Order of Culture from the Republic of Poland, the 2006 Japanese Education Minister’s Award for Art (in the field of art promotion), and the Order of Australia: Honorary Member (AM) in the General Division (2012). He was awarded the Japanese Medal of Honor with Purple Ribbon in 2016, the Asahi Prize in 2017 and Person of Cultural Merit in 2018. 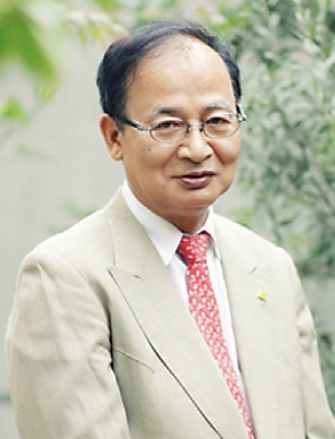 Message for the corporate site renewal

Due to the spread of COVID-19, the application period of the open call for Echigo-Tsuamri Art Triennale 2021 h…

Contemporary Art to the Rescue of Rural Japan. Fram Kitagawa talked about why Echigo-Tsumari Art Triennale and…

Fram Kitagawa says ” When universal values starts changing, the role of art will be challenged by the so…

“Art from the Land” is an official web magazine of Echigo-Tsumari Art Triennale, for which Fram Kitagawa acts …